Do you honestly think your weight issues are all about food? Have you been getting help from constant diets but still nothing’s working?

When our own needs aren’t met, it is hard to be present with other people and extend ourselves to them. We always feel like we are not enough.

Hypnosis for permanent weight loss provides tools for significant transformation where food is far down the list in your head. It addresses not the issue about food but some other core matters that are very much a part of your life; the kind that have been stuck there for so long.

Sheila Davis is a graduate of HPWL. In this episode, she shares how getting into hypnosis is a hardwork but transformational.

Hear her divulge her sentiments about feeling the guilt and shame for feeling like crazy inside, thinking she’s the only one going through that emotion.

Hypnosis has made her effective in her job; she becomes a better leader, her relationships have improved. And as she gain insight into herself, she also does with other people. And it is helping her a lot in life.

She realizes that she’s making busy-ness as her excuses instead of really addressing the real issues.

She has a demanding job, and things get a little difficult with her parents and sisters’ death. The way to cope with it is by disassociating herself from the grief and finding comfort in food. And that got her stuck. It’s with Hypnosis that she is able to deal with it.

It’s been a long time since she’s tried many ways to help her with her concern but nothing sticks. That’s when she found Leslie, and her story resonated with her. She decided to do things differently and how it brought her the transformation she had wanted in her life.

Hypnosis has given her the tools to uncover so much about her life’s real issues. It has given her a different approach to tackle her everyday problems and life in general. She’s found a supportive community who understands each other’s journey; more importantly, she has come to trust herself more now with the emotional mastery that comes with it.

“I think certainly the group and being a part of that has been huge for support on so many things in life, the food becomes so far down the list. And I think part of the win is that it’s not about food; it’s really about so many other things.”
– Sheila Davis

What you will learn from today’s episode: 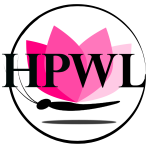