The thing with diet is the notion of control. And with control comes fear. When you want to lose weight, this is not a good place to start from.

How do you permanently lose weight without having to diet?

In this episode, an HPWL graduate, Felicia, shares how things were before she met Leslie. Early on in her life, she was already battling off anxiety, depression, and mental illness; they were coming on and off.

To her, food was her refuge, that whenever there’s an emotional charge happening, the first instinct is to turn to food.

She was no stranger to therapy and all the healing modalities out there. In fact, she had tried many. Yes, they have greatly helped her deal with her condition, but there’s something in Hypnosis that separates it from them.

The first time she came across Leslie’s podcast, she kept asking herself what else she does not know about the healing arts world that Hypnosis will allow her to learn about.

As they say, the rest is history, and she’s never been happier with her decision to join the Hypnosis program.

Let’s find out and listen to Felicia; what’s the one unique thing in Hypnosis for Permanent Weight Loss like no other that she had tried that has worked for her that will work for you, too.

“Diets don’t work. I would say that this is so much more than therapy and diets and exercising all the time. And this for me, I don’t like to generalize for other people, I don’t like to tell people what they need to do, I can only talk from my experience and say, this has been transformative for me. And it’s worth it.”
– Felicia

What you will learn from today’s episode: 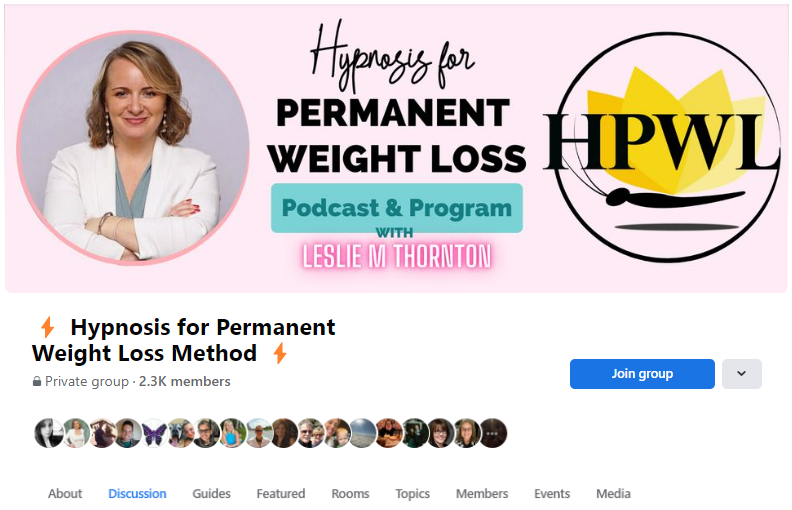